You will need a computer with internet access to complete this lesson.

If you have not already downloaded the week 3 data, please do so now. Download week 3 data (~250 MB)

To work with raster data in R, you can use the raster and rgdal packages.

You use the raster("path-to-raster-here") function to open a raster dataset in R. Note that you use the plot() function to plot the data. The function argument main = "" adds a title to the plot. 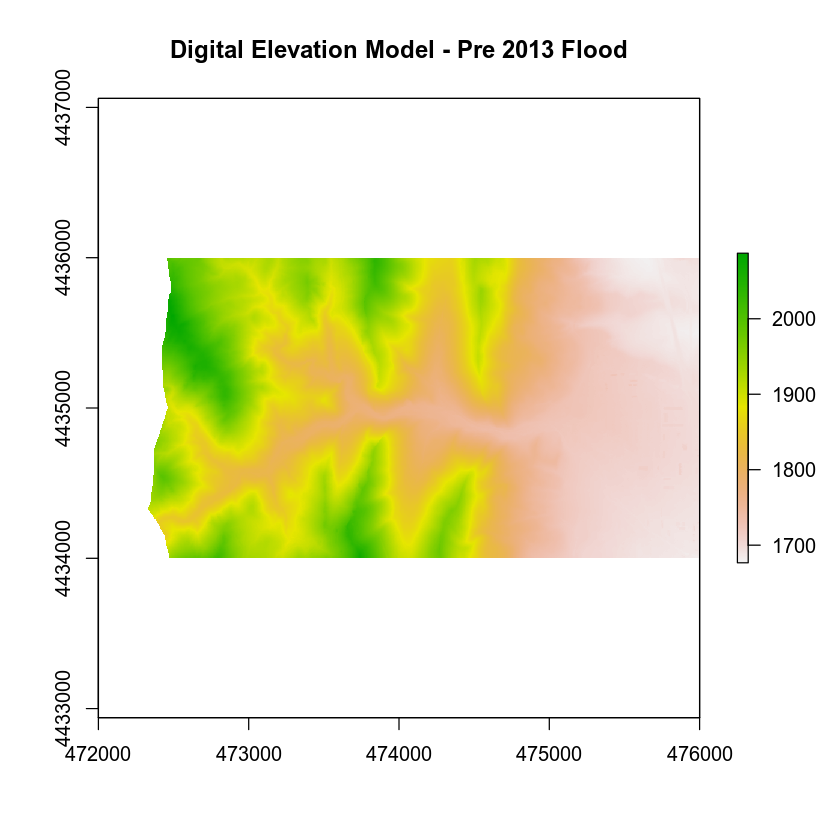 If you zoom in on a small section of the raster, you can see the individual pixels that make up the raster. Each pixel has one value associated with it. In this case that value represents the elevation of ground.

Note that you are using the xlim= argument to zoom in to on region of the raster. You can use xlim and ylim to define the x and y axis extents for any plot. 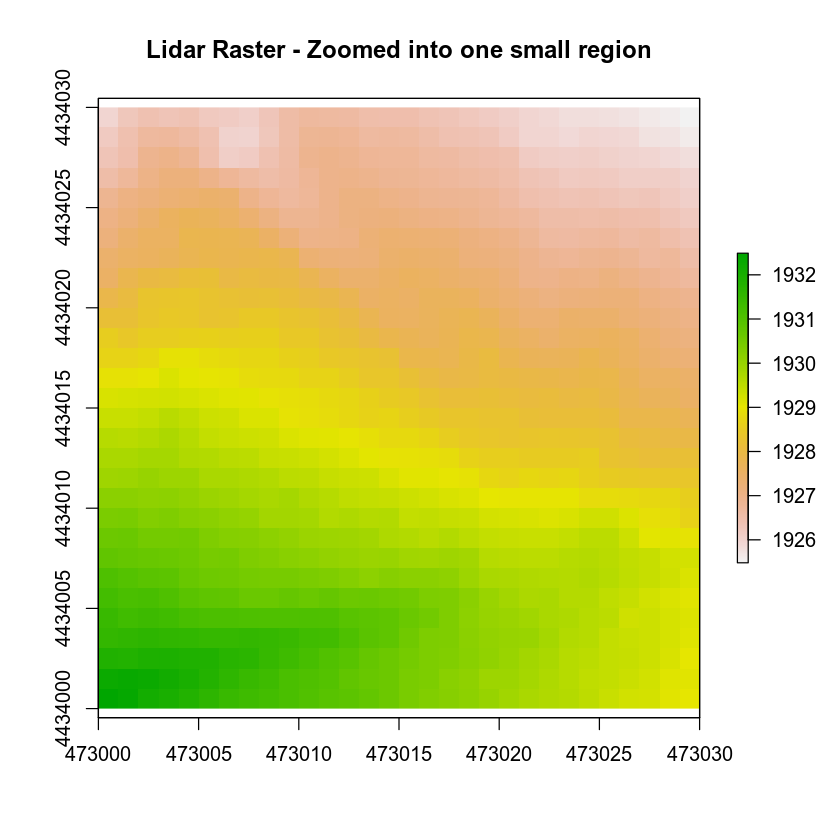 Next, let’s discuss some of the important spatial attributes associated with raster data.

What Makes Spatial Data Line Up on a Map?

You will learn CRS in more detail in next weeks class. For this week, just remember that data from the same location but saved in different coordinate references systems will not line up in any GIS or other program. Thus, it’s important when working with spatial data in a program like R to identify the coordinate reference system applied to the data and retain it throughout data processing and analysis.

You can view the CRS string associated with your R object using thecrs() method. You can assign this string to an R object too.

The CRS string for our lidar_dem object tells us that your data are in the UTM projection.

The CRS format, returned by R, is in a PROJ 4 format. This means that the projection information is strung together as a series of text elements, each of which begins with a + sign.

You’ll focus on the first few components of the CRS in this tutorial.

Next, let’s discuss spatial extent. The spatial extent of a raster or spatial object is the geographic area that the raster data covers.

Resolution as a number doesn’t mean anything unless you know the units. You can figure out the horizontal (x and y) units from the coordinate reference system string.

Notice this string contains an element called units=m. This means the units are in meters. You won’t get into too much detail about coordinate reference strings in this weeks class but they are important to be familiar with when working with spatial data. You will learn them in more detail during the semester!